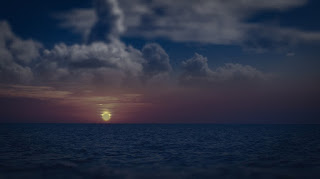 Popular posts from this blog

November 21, 2019
Siddhartha (the first Buddha) had grown up a prince and was sheltered from the real world for most of his early life. He was even married before getting the explore the world outside of the palace he lived in. One day, The prince wanted to go into the city and see how the people outside of the palace lived. What he did not know is that the king ordered all of the old, sick, poor, and weak people to be taken out of the city. This was done so that the prince would not see the bad things that occurred in the world. While the prince was riding his chariot through the city he was struck with happiness at all of the youth that he saw. The people and buildings were so young and happy. He continued to ride through the city until he saw and old man come out from around the corner. The chariot stopped and the prince saw the old man. He was confused at first by the lack of youthfulness in the man. He asked his adviser if this was normal and he replied that everyone awaits the same fate of old
3 comments
Read more

November 21, 2019
Okay, so I did another typing test. I know it was only a few weeks ago that I did the first one, but not only am i typing lie crazy in this class, I am also typing like crazy at work. We recently have been having to enter hundreds of labels into a database. These tubes do not have actual words on them, rather they have random letters and a date on them that have to be entered correctly. It is not very fun to be typing at a computer for 5 hours at a time, but at least I am getting paid. This is why I decided to redo the tests to see if I have increased in my typing speed. I did not. I was literally the exact same on both websites and the exact same as last time basically. What always trips me up on the typing tests is that I feel the pressure and whenever I mess up I have to go back and fix it without continuing on. I know that a lot of time you can just fix it all after, but I hate seeing those red lines as I type so they need to be taken care of right away. I still think I type well
2 comments
Read more

December 04, 2019
In the interest in time for this semester, as this will be my last reading notes post, I decided to skip to the end of the book and read the last part. Before the ending of the book, I did want to mention that this book is where my favorite Jataka is from. The story of the crane and the crab. It was by far my favorite and I even wrote a sequel to it to try and tie of any loose ends it may have had. It was a story that Buddha told, and I did not know that originally. Throughout the end of this book, there were many other Jatakas that the Buddha told, but I will not focus on those. I want to focus on when he ascended into Nirvana. The scene that is set in the story is so vivid and I can picture it so well. It talks about two cherry blossoms that are in full bloom, but some of the flowers falling. These are in full bloom even though it is not the season for them. That is just how powerful Buddha is. Ananda, one of his disciples is there and goes to comfort the Buddha, but also he is s
1 comment
Read more